ROYAL ROOTS COMMUNICATION NETWORK LIMITED – A Radio / Television and Film Production company is a limited liability company registered in Nigeria under the Companies & Allied Matters Decree of 1990 on the 7th day of April, 1994 with registration No. 243449 and a corporate member of the Independent Television Producers Association of Nigeria (ITPAN).

As a Television and Film production company, ROYAL ROOTS has some of the latest and best production equipment available in Nigeria. Having on board some of the best television hands in the country, we have over the years honed specific skills with the ultimate hope of creating television products, commercials and programmes that build brands and entertain audiences.

Royal Roots is one of Nigeria’s leading Television content creation and production companies in Nigeria.

Some of our contents include

Royal Root's exciting family sit-com titled “My Mum & I”, the very 1st television programme to be shot on High Definition in Nigeria was nominated in four categories at the 50th Monte Carlo Television Festival in Monaco France in 2010. "My Mum & I"

"House A-Part", one of Nigeria’s most exciting and rib cracking comedy series has won multiple awards in Nigeria and abroad in the comedy category.

ROYAL ROOTS is the proud producers of “Edge of Paradise” – a family drama commissioned by MNET South Africa on the DSTV bouquet. “Edge of Paradise” was nominated for a Golden Nymph Award at the 47th Monte Carlo Television Awards 2007 in Monaco France. It shared nomination with notable series like “24’, “LOST”, “Grays Anatomy” and “Desperate Housewives” in the Best Television Drama series category. The category was won by LOST.

Royal Roots were contracted in 2007 with Gregory Odutayo and Debbie Odutayo as Producer/Director and Line Producer respectively to produce Endemol’s “Deal or No Deal Nigeria”. Broadcast to over 48 countries on the African continent, the programme was No 1 for several weeks on the DSTV bouquet.

On the TV Commercial Front, Royal Roots has produced TV and Radio Commercials for the following clients

On the documentary front, Royal Roots has produced documentaries for the following clients

ROYAL ROOTS was also the producers of “The Space Within” a short film commissioned by the MNET New Direction Film project 2006. “The Space Within” shot on Celluloid was Produced by Greg Odutayo and written and directed by Femi Kayode. Alberto Ianuzzi, an Italian was the Director of Photography.

ROYAL ROOTS were also the recipients of a grant from the French Film Fund to produce a 13 episode Television series entitled “Tides of Fate”. “Tides of Fate” is currently running on Nigerian Television.

Royal Roots in 2007 expanded the frontiers of their production expertise by establishing a sister production company in Accra Ghana called HOT SHOT PRODUCTION (GH) LIMITED. Royal Roots in collaboration with Hot Shot Production have concluded the shooting of 52 episodes of a sitcom titled “Soul Sistas” and a 104 episode sit – com titled “About to Wed”. “Soul Sistas” and “About to Wed” are currently running on Nigerian television.

Royal Roots South Africa with office in Johannesburg is also a sister company.

The Royal Roots team currently has the following franchise for production in the listed countries:

Our production contents are currently on the following stations in Nigeria

Royal Roots has Gregory Odutayo, a producer/Director with well over 17 year’s professional experience as Executive Producer/Managing Director. Gregory Odutayo has recently updated his managerial experience as a member of the OMP 11 class at the Lagos Business School. The Lagos Business School is ranked among the top 50 Business Schools in the world by Financial Times of London. He is also a member of the Entertainment Master Class, the format academy for Television with modules in four countries of the world. Modules have been held in the United Kingdom, Switzerland, Germany, Canada, South Africa etc. Deborah Odutayo is Producer/Executive Director and Ned McLeod operating out of Longwood Florida is Business Advisor. 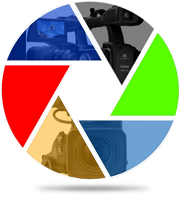